HBO Max, the new streaming service coming on May 27th, has announced the release dates of its upcoming original shows and movies, covering the service’s first three months.

While it will launch with a number of original shows and content, WarnerMedia has also announced that the content schedule for HBO Max will be rolling out through early August, including season 2 of Doom Patrol and the first of four Adventure Time specials, Distant Lands.

Check out the list of original content coming to HBO Max this summer, with show descriptions provided by HBO.

Love Life, the first full-length scripted series to star Oscar nominee Anna Kendrick, is about the journey from first love to last love, and how the people we’re with along the way make us into who we are when we finally end up with someone forever. This fresh take on a romantic comedy anthology series is from creator and co-showrunner Sam Boyd (In a Relationship) and is produced by Lionsgate Television and Feigco Entertainment. The series will follow a different protagonist’s quest for love each season, with each half-hour episode telling the story of one of their relationships. Anna Kendrick (Pitch Perfect, A Simple Favor) stars in the first season along with Zoë Chao (Downhill, Strangers), Peter Vack (Someone Great, The Bold Type), Sasha Compere (Miracle Workers, Uncorked), and Lesley Manville (Phantom Thread, Another Year). Kendrick serves as an executive producer alongside Paul Feig (A Simple Favor, Bridesmaids) and Dan Magnante (Someone Great). Sam Boyd, who wrote the pilot and directs, also executive produces with co-showrunner and executive producer Bridget Bedard (Transparent and Ramy).

The Not Too Late Show with Elmo (Release Date: May 27)

Directed and produced by Kirby Dick and Amy Ziering (The Hunting Ground, The Invisible War), and first reported by the New York Times, On The Record presents the powerful, haunting story of music executive Drew Dixon (collaborator on hit records by Method Man and Mary J. Blige, Estelle and Kanye West, and Whitney Houston) as she grapples with her decision to become one of the first women of color, in the wake of #MeToo, to come forward and publicly accuse hip-hop mogul Russell Simmons of sexual assault. The documentary, which premiered at the 2020 Sundance Film Festival to rave reviews, chronicles not only Dixon’s story but that of several other accusers – Sil Lai Abrams, Sheri Sher – delving deeply into the ways women of color’s voices are all too often silenced and ignored when they allege sexual assault; as well as the cultural forces that pressure them to remain silent. On The Record is produced by Dick and Ziering’s Jane Doe Films with Dan Cogan, Geralyn Dreyfous, and Jenny Raskin for Impact Partners, Regina K Scully for Artemis Rising, Ian Darling for Shark Island Institute, and Abigail Disney for Level Forward serving as executive producers. The creative team includes producers Jamie Rogers and Amy Herdy.

Craftopia is an epic kids’ crafting competition show, hosted and executive produced by YouTube influencer Lauren Riihimaki aka (LaurDIY). Creating and demonstrating crafts to over 8.9 million subscribers on her YouTube channel, LaurDIY has been deemed the “millennial Martha Stewart” by Forbes. On Craftopia, 9 to 15-year old contestants put their imaginations to the test and make their crafting dreams come true in a magical studio. After racing to fill up their carts with inspiring materials from the studio “store,” crafters meet larger-than-life challenges, making truly inventive and amazing creations in order to take home the ‘Craftrophia.’ Craftopia is executive produced by Rhett Bachner and Brien Meagher for B17 Entertainment. 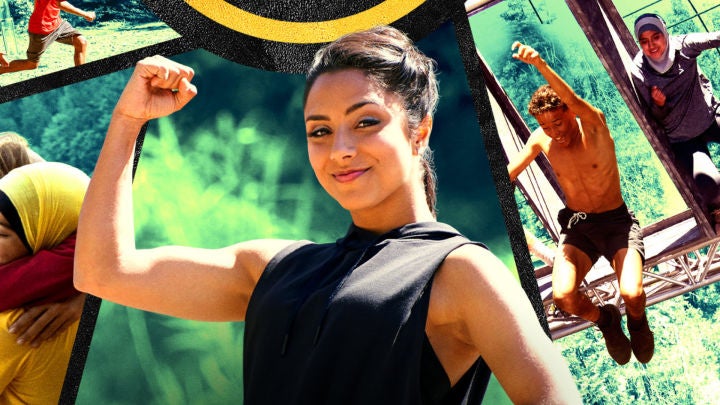 Karma takes sixteen contestants, ranging in age from 12 to 15, completely off the grid, away from parents and the normal comforts of home, to solve puzzles and overcome physical challenges, with the laws of karma setting the rules. This adventure competition series, led by YouTube host Michelle Khare, will test the mental and physical stamina of its young contestants as they unravel how their social actions impact their success in the game. Focus, giving, humility, growth, connection, change, and patience are the path to becoming the Karma Champion.

Return to the Land of Ooo and beyond in Adventure Time: Distant Lands. Based on the animated series Adventure Time created by Pendleton Ward and executive produced by Adam Muto, these four breakout specials explore the unseen corners of the world with characters both familiar and brand new. The first of these specials is BMO, which follows the lovable little robot on a new adventure. When there’s a deadly space emergency in the farthest reaches of the galaxy, there’s only one hero to call, and it’s probably not BMO. Except that this time it is!

Following the defeat of Mr. Nobody, the members of the Doom Patrol now find themselves mini-sized and stranded on Cliff’s toy race car track. Here they begin to deal with their feelings of betrayal by Niles Caulder aka The Chief (Timothy Dalton) while confronting their own personal baggage. And as each member faces the challenge of growing beyond their own past traumatic experiences, they must come together to embrace and protect the newest member of the family: Dorothy Spinner (Abigail Shapiro), Niles’ daughter, whose powers remain a mysterious but real threat to bringing on the end of the world. Season 2 of Doom Patrol will also premiere on DC Universe on June 25, in addition to streaming on HBO Max.

Esme and Roy are best friends — and the best monstersitters in Monsterdale! The animated series from the makers of Sesame Street will bring little viewers into a colorful world where even the littlest monsters can overcome big challenges together. 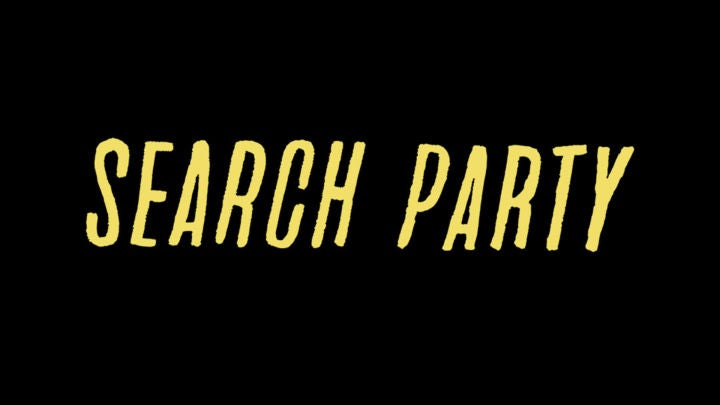 Search Party is a comedic thriller about a group of privileged, self-absorbed twenty-somethings whose search for a long-lost missing friend leads them down a dark and shocking path of no return. Seasons 1 and 2 of the series will be available on HBO Max at launch, May 27th. Season 3, premiering June 25th, finds the gang swept up in the trial of the century after Dory (Alia Shawkat) and Drew (John Reynolds) are charged for the semi-accidental murder of a private investigator. As Elliott (John Early) and Portia (Meredith Hagner) grapple with whether or not to testify as witnesses, the friends are pitted against each other and thrust into the national spotlight. Dory’s sanity begins to fracture, and it becomes increasingly clear that the group may not have brunch together again for quite some time.

From JG Quintel, creator of the Emmy Award-winning Regular Show comes Close Enough, a surreal animated comedy about a married couple, their five-year-old daughter, and their two divorced best friends/roommates all living together on the east side of Los Angeles. They’re navigating that transitional time in your 30s when life is about growing up, but not growing old. It’s about juggling work, kids, and pursuing your dreams while avoiding time-traveling snails, stripper clowns, and murderous mannequins. Their life may not be ideal but for now, it’s close enough.

Expecting Amy is an unfiltered three-part documentary that shows the struggle, strength, and ambition that has made Amy Schumer one of the singular comic voices of all time. It takes viewers behind-the-scenes as Schumer battles through an extraordinarily difficult pregnancy while documenting the formation of a comedy special. Schumer continues touring to prepare for the taping in Chicago that she isn’t sure she will be able to execute. It focuses on pulling the curtain completely back on her marriage to husband Chris Fischer, and the journey to his diagnosis on the autism spectrum. From hospitalizations to going out in front of a crowd of thousands, to quiet moments at home with her family, Schumer shares it all. Beginning the day she found out she was pregnant, through the birth of her child, she showcases her incredible journey on the road, revealing the challenges of pregnancy, marriage, and the execution of creating a stand-up special. 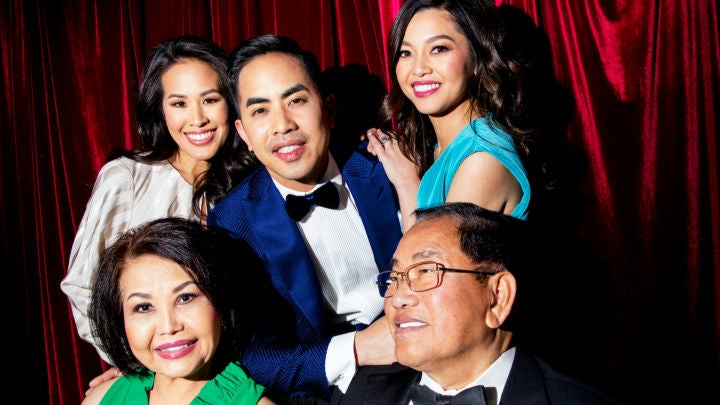 Patriarch Binh Ho and his wife Hue Ho immigrated from Vietnam to the United States with little money, relying on hard work to establish the ultimate American dream. The power couple has built a multimillion-dollar bank, a real estate development company, and a new generation of American Hos. The series pulls back the curtain on their lavish Houston lifestyle and showcases the tight family connections that unite them as well as the multi-generational outrageous drama that ensues.

From creator Myke Chilian, Tig n’ Seek follows an upbeat and eccentric 8-year-old boy named Tiggy and his cat, Gweeseek. Tiggy not only works at the Department of Lost and Found, finding lost items all throughout Wee-Gee City, he lives there too. Though he tries to help his friends whenever he can, his over-eagerness and neurotic quirks often lead to chaos in the Department. Tiggy’s partner and best friend is his cat, Gweeseek. She’s a graceful, friendly kitty who appears to be a normal cat, but is also capable of inventing extraordinary gadgets to help her friends in times of need. 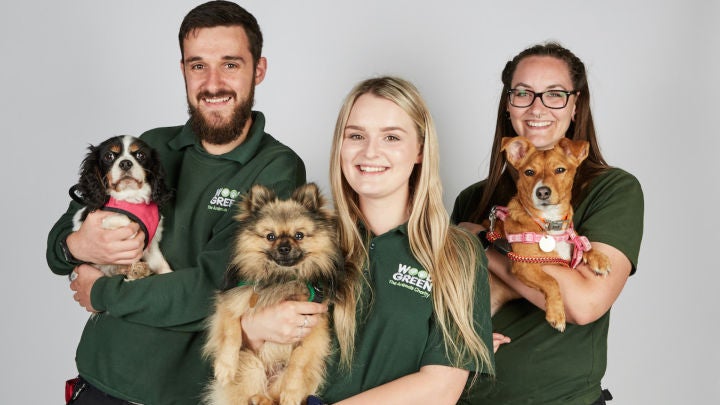 There are nearly nine million dogs in Britain – but finding the right homes for them isn’t always easy. Set inside a rural British Dog Rescue Centre famous for its commitment to matching homeless dogs with new owners, The Dog House bears witness to the joy, comedy, and pathos of the human-dog dating experience. Each episode records the arrivals of unwanted pets complete with heart-rending tales of abandonment. At the same time, they tell stories of families, couples, and singletons, all carrying their own baggage of poignant and touching backstory and hoping their lives might be transformed by the introduction of a new four-legged friend. The climax of each story is the theatre of the meet. 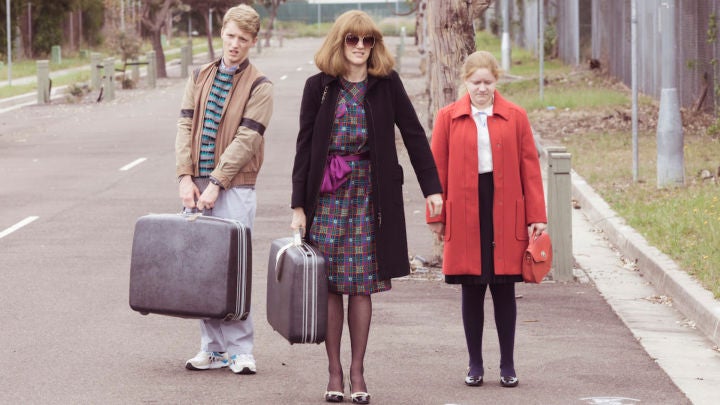 Set in 1989, this comedy follows the journey of Sammy Cooper, a fabulously wealthy London housewife who is forced to return to her hometown in Newcastle, Australia. In coming home, Sammy must revisit her past and the events that led her to flee as a teenager years ago. 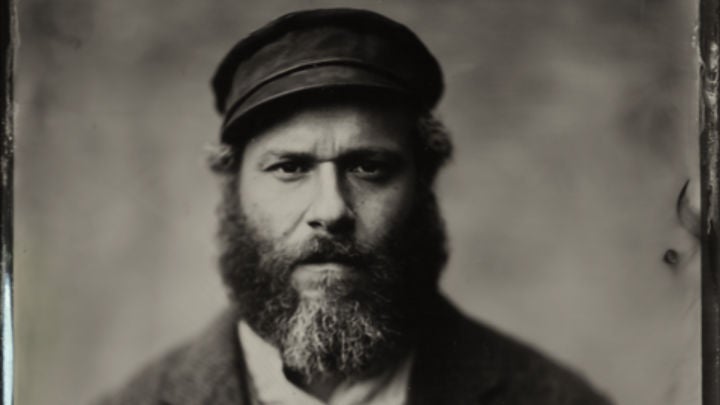 Based on Simon Rich’s 2013 New Yorker novella, An American Pickle stars Seth Rogen as Herschel Greenbaum, a struggling laborer who immigrates to America in 1920 with dreams of building a better life for his beloved family. One day, while working at his factory job, he falls into a vat of pickles and is brined for 100 years. The brine preserves him perfectly and when he emerges in present-day Brooklyn, he finds that he hasn’t aged a day. But when he seeks out his family, he is troubled to learn that his only surviving relative is his great-grandson Ben Greenbaum (also played by Rogen), a mild-mannered computer coder whom Herschel can’t even begin to understand.

This is a pretty solid line-up, and features tons of content for just about everyone. What shows are you most-looking forward to watching this summer?

For all your entertainment news and more, be sure to check back in here with ScoopHash.