This past weekend, we got our first experience with playing the upcoming superhero team-up game, Marvel’s Avengers, and while there are definitely some rough spots that we hope are ironed out, there was a lot that left us excited for the full game.

The first thing that should be said is that this is a pretty content-rich beta; it comes with three story missions to play through, some combat challenges, and a variety of extra side quests to take part in. It also gives you four heroes to play as in those missions: Iron Man, Hulk, Black Widow, and Kamala Khan.

We are used to betas being relegated to maybe a couple missions and a few side activities, but this one came with a good amount of things to do.

So let’s dive into them.

Missions to Take Part In

The story missions are the one place that didn’t allow you to choose your hero. The first mission introduces us to all of the Avengers, having you play as each one through small sections to get a taste of each one. This mission is fun and it’s cool to get these glimpses at each character. It’s a good introductory to the story of Marvel’s Avengers, if not a little clunky as well.

After that, your missions are going to be played Hulk and Kamala, which is a bummer to have limited options to soon but it makes sense to hold off on some characters for the full game.

All in all, the story missions are interesting enough that we are excited to see the whole thing and just how exactly M.O.D.O.K. will be introduced and used in the game.

From there the beta is really all about combat. Every mission is about going to a location, beating up whoever is there, and completing the objective. Some objectives will be to beat a specific enemy while others will be to stay in one spot while beating enemies up. Now, this is one of the rough parts of the game: the mission variety seems limited.

As we just explained, the game is really about going here, beating up the enemies, and going somewhere else to do the same. Now, that probably sounds boring to many people and we don’t blame you. But for us, the variety came in playing each mission as different heroes. Each missions allows you to choose from the four heroes we mentioned earlier. 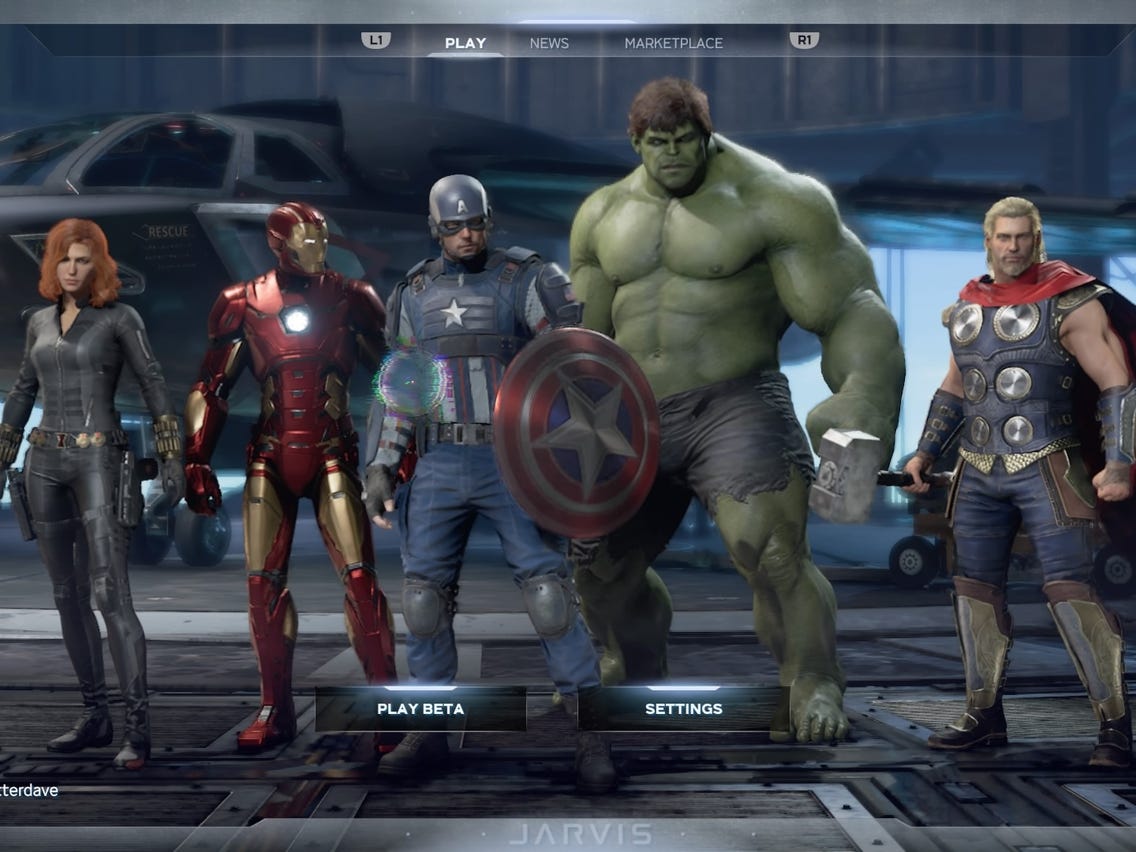 Each character comes with a normal light attack and heavy attack, but each one comes with specific moves that are special to them. Iron Man can shoot his unibeam from his chest for massive damage, Hulk can smash his fists on the ground to create a shockwave to damage enemies, and Black Widow can turn invisible to get the tactical advantage in a fight. You can level up each one to unlock new abilities and open up your toolbox of skills.

While maybe not revolutionary, we thought this did provide the game with enough variation to remain fun and refreshing.

In terms of issues, the online server connection was wonky and we had a lot of trouble matchmaking with other people. This is to be expected with a beta but we do hope it is improved by the game’s launch.

Some character models and textures looked off, which again, is to be expected with a beta.

We have to admit that a lot of what we enjoyed about the beta was due to the novelty of playing as our favorite comic book heroes, but maybe that’s okay! That’s what the MCU has been doing and it has worked great fro them. We hope that Crystal Dynamics can take the feedback from this beta – and the two more to follow – and really take this game to the next level. There is a lot of potential for Marvel’s Avengers.

We do worry that this game will be Destiny, in that it won’t launch in the state it should be or will become. This might be okay for some of us who can wait for the game to reach its potential, while it may not work for everyone. It all depends on your preference.