The Two Games Are Finally Being Shown

DC has unveiled the line-up for its upcoming 24-hour DC FanDome event to be held on August 22nd, and among all the projects being shown off will be the recently-announced Suicide Squad game, as well as WB Montreal’s rumored Arkham game.

Rocksteady, the team behind three of the four Batman: Arkham games, posted an image last week to announce their long-rumored Suicide Squad game, which has also been given the official name of Suicide Squad: Kill the Justice League. A panel for the game will be held at 5 P.M. PST. The panel’s description reads: 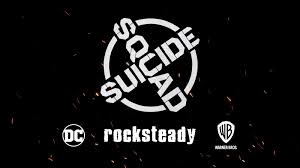 The other game that is announced to be at the event is WB Montreal’s follow-up to Batman: Arkham Origins which is rumored to be another Batman game. The panel is promising an announcement and first look at the game. Last year, the team teased the game by releasing several images on Batman Day, including references to the Court of Owls. They have been silent since but after E3 2020 was cancelled, it was suggested that WB Montreal was planning to show the game at the conference.

“Gamers! You won’t want to miss this first look at an exciting new game, and Q&A with its developers.”

Other than the rumors and speculation about the inclusion of the Court of Owls, details about the game are unknown, meaning this will be our first official look at whatever it may be.

You can check out the full schedule for DC FanDome – and how to watch – right here.

For all your DC FanDome news and more, be sure to check back in here with GeekHash.