It’s been a few weeks since we first learned of popular streamer, Dr. Disrespect’s, ban from Twitch and we still don’t know the reason why. If his own comments are true, he also doesn’t know either, but he does know that he won’t be going back to the streaming giant.

He did expound on it, though:

“Yeah, that’s the kind of the mind blowing thing about all of this”, he continued when asked if he agreed that it was an odd decision from Twitch. “Obviously, for legal counsel, I have to be careful here. But I can say however, that I will not be returning to Twitch, so, I mean, that’s it.”

He was also asked if he would be taking legal action against Twitch, to which he said he and his legal team were considering it. 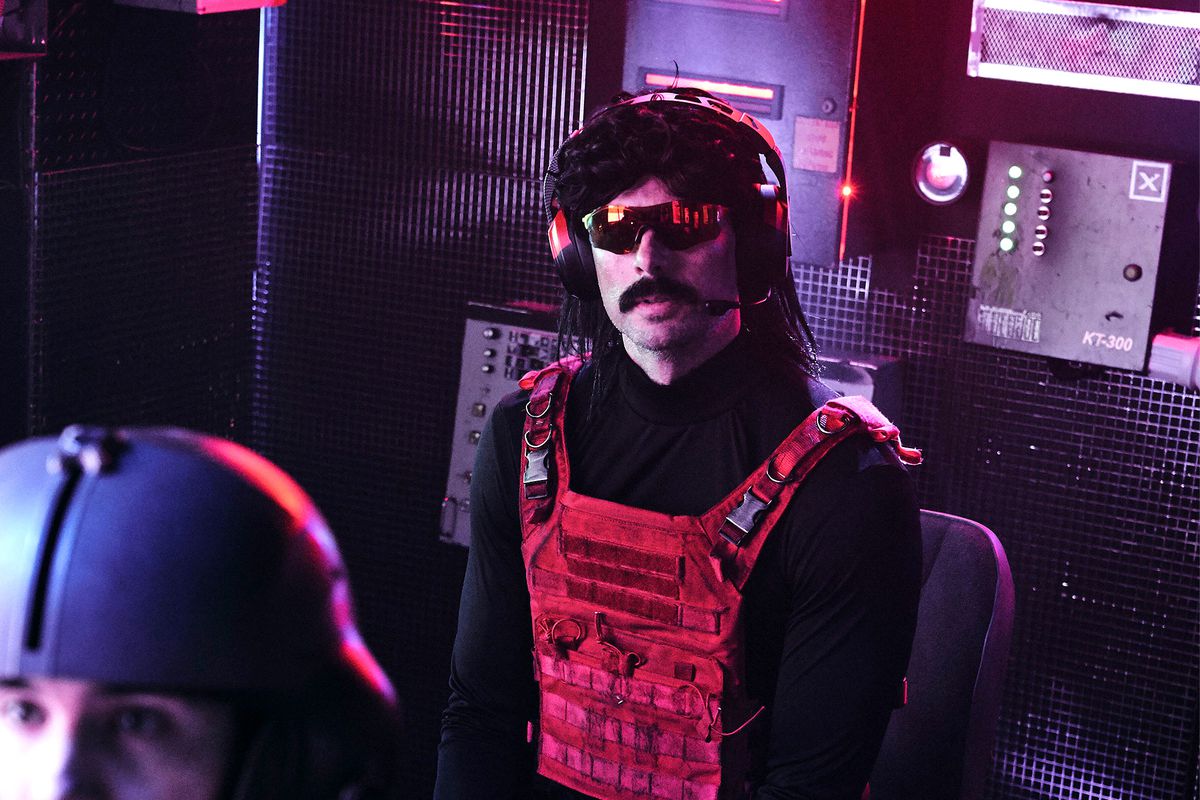 PC Gamer also asked him if he thinks the ban was related to his talking about coronavirus conspiracy theories linking the disease to 5G. He said he didn’t think it was before his publicist cut him off.

Twitch has recently been handing out bans to several streamers over abuse and sexual harassment claims, and PC Gamer asked if he knew of any accusations leveled at him in the same vein. He responded with:

“Listen, I’m not interested in engaging crazy speculation. I’ve seen all the theories, I’ve seen all the possible conspiracies, and it’s just like, I’m just not interested in engaging that type of stuff. I have a great community of loyal fans and I’m totally focused on getting back and delivering great, entertaining content and that’s where the focus is.”

He also spoke about the much-discussed final moments of his last stream, in which he seemed to break character, looking downtrodden and telling his fans that they would be getting through these difficult times. What difficult times Dr. Disrespect was referring to was unclear, leading many to theorize he was talking about whatever caused the ban. However, he says that moment was unrelated to the ban:

“I was in a moment where I was just sort of taking in what’s going on in the world, you know? If people had context of that clip going into it, and then coming out of it, like, all I was talking about was just the state of the world that we’re in dealing with, dealing with the protests, and the coronavirus, and everything that was happening. It’s just like, man… And at that particular moment, I think I was just kind of going through a, you know, like, when can we break this funk of 2020? It was just me being real on stream. And that’s pretty much the context of that.”

Beyond the ban, Dr. Disrespect discussed what could be up next for his career, mentioning a “Doc comeback” and “Doc 3.0 experience”. A follow-up email with PC Gamer indicated that could be streaming exclusively on his Champions’ Club website, or maybe even Facebook or YouTube. He was adamant, however, that he was not looking for any exclusivity deal with a platform. He even mentions bringing his character outside of streaming, possibly referring to the Dr. Disrespect TV deal that was made last year.

Twitch is still holding silent about the reasoning for the ban, driving many fans crazy who just want to know what is going on. We are not sure we will ever know, but rumor suggest the reasoning behind the ban could be serious.

For all your streaming news and more, be sure to check back in here with GeekHash.