J.K. Simmons’ return to Spider-Man films last year in the mid-credits tease for Spider-Man: Far From Home was a surprise highlight for many of us MCU fans. The actor portrayed the character in Sam Raimi’s original trilogy and became somewhat iconic with the role. After that tease, we were left wondering if we would see more of the loud-mouthed critic of Spider-Man, and it looks like Simmons is all for giving us more.

Simmons appeared in a recent episode of PeopleTV’s Couch Surfing, where he was asked if fans can look forward to seeing more of J. Jonah Jameson in future Spider-Man movies. Simmons made it clear that while he would be more than happy to sign on for the sequels, it is up to the studio to decide if the character is in it or not. In order to help temper expectation, Simmons said: ” don’t know if I would use the word expect.”

“It’s great to have the opportunity, as these things evolve,” he said, “to be one of the holdovers from the previous version.”

In Far From Home, Jameson appeared in the movie’s post-credits scene, in which the MCU’s version of the character is the host of an online, conspiracy show called The Daily Bugle. For those who don’t know, The Daily Bugle was the name of the newspaper Peter Parker worked for in both the comics and Raimi’s trilogy, and was headed up by Jameson who was an outspoken opponent of Spider-Man.

In the scene, Jameson has fallen for the lies of Quentin Beck, a.k.a. Mysterio, and believes Mysterio to be the greatest super hero of all time. The scene also showed Peter’s identity being revealed to the masses, something that we are sure will bear big consequences for the MCU.

Simmons also spoke about how nervous he was when first auditioning for the role for Raimi’s first film.

“The producers and the people at Sony, they needed to be convinced,” he explained, “because obviously, there were a lot of much more high-profile actors that they had in mind that would help with the box office.” 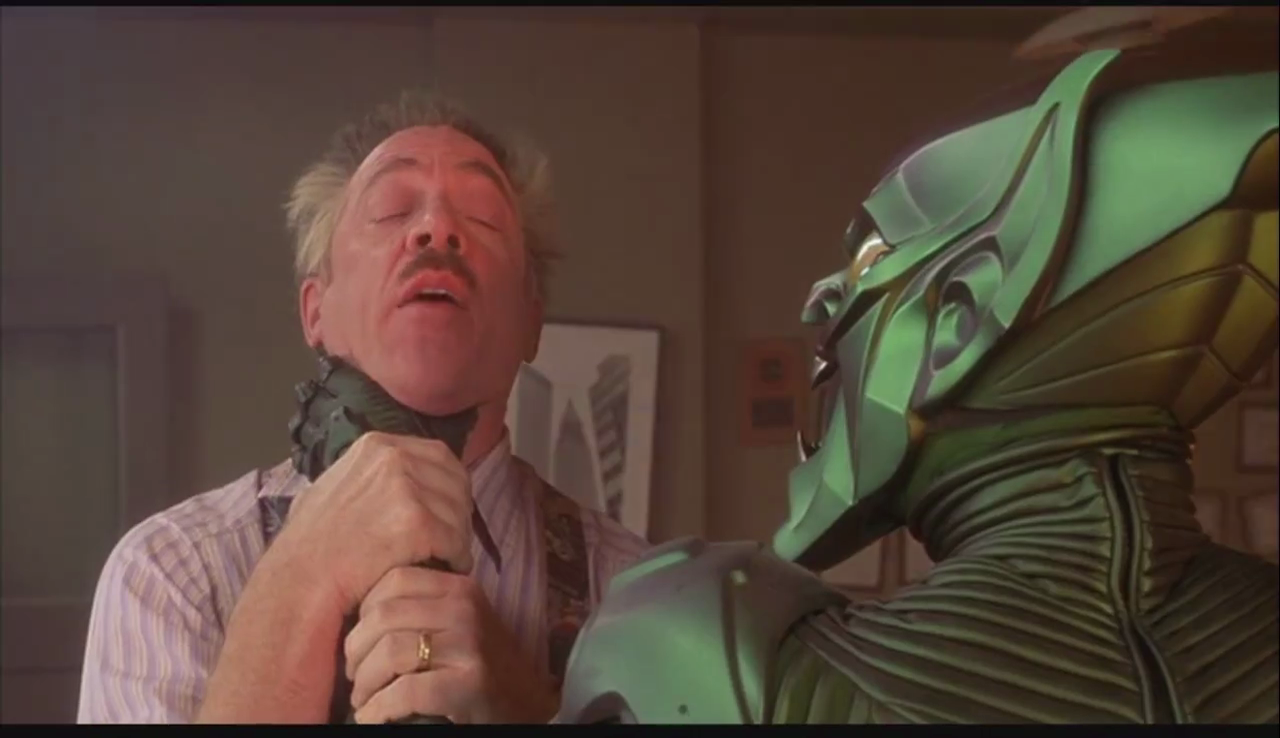 He said that the scene he auditioned with was the scene in which the Green Goblin busts into Jameson’s office and chokes him, meaning that he had to both read the script in front of him while trying to mimic being choked. Not an actor’s first choice for an audition scene, we are sure. You can check out the video of the audition in the video below!

But it worked out for Simmons in the end, as he got the role and he became ingrained with the character for many of us growing up with those movies. His obnoxious, yet hilarious, take on the character solidified him as THE actor for J. Jonah Jameson. We would love to see more of his in future MCU movies.