I Must Break You… Again

Over the weekend, Sylvester Stallone gave us some more information about his upcoming director’s cut of Rocky IV, sharing the news that Paulie’s robot in the original film will be scrapped from this new cut.

A Weird, But Charming, Part Won’t Be There

In responding to a fan’s questions about the robot in the director’s cut, Stallone said, “the robot is going to the junkyard forever.”

For those of you who have not had the pleasure of watching this classic film, the robot in question is gifted to Rocky’s brother-in-law, Paulie Pennino, by Rocky himself. Paulie says the infamous line of “I wanted a sports car for my birthday, not no walking trash can”, and was a very strange, yet oddly hilarious, moment in the movie. Its inclusion is certainly dating for the movie now.

Rocky IV came out in 1985, and will be celebrating its 35th anniversary on November 27th. The film saw Rocky Balboa take on the Soviet-built Ivan Drago after Drago kills Rocky’s enemy-turned-friend, Apollo Creed. The film was a perfect slice of 80’s sensibilities and purposefully reflected the tensions between the U.S. and the Soviet Union.

Stallone had this to say about the upcoming version of the film:

“For the 35th anniversary Rocky 4 is getting a new DIRECTORS cut by me. So far, it looks great. Soulful…Thank you MGM for this opportunity to entertain.” 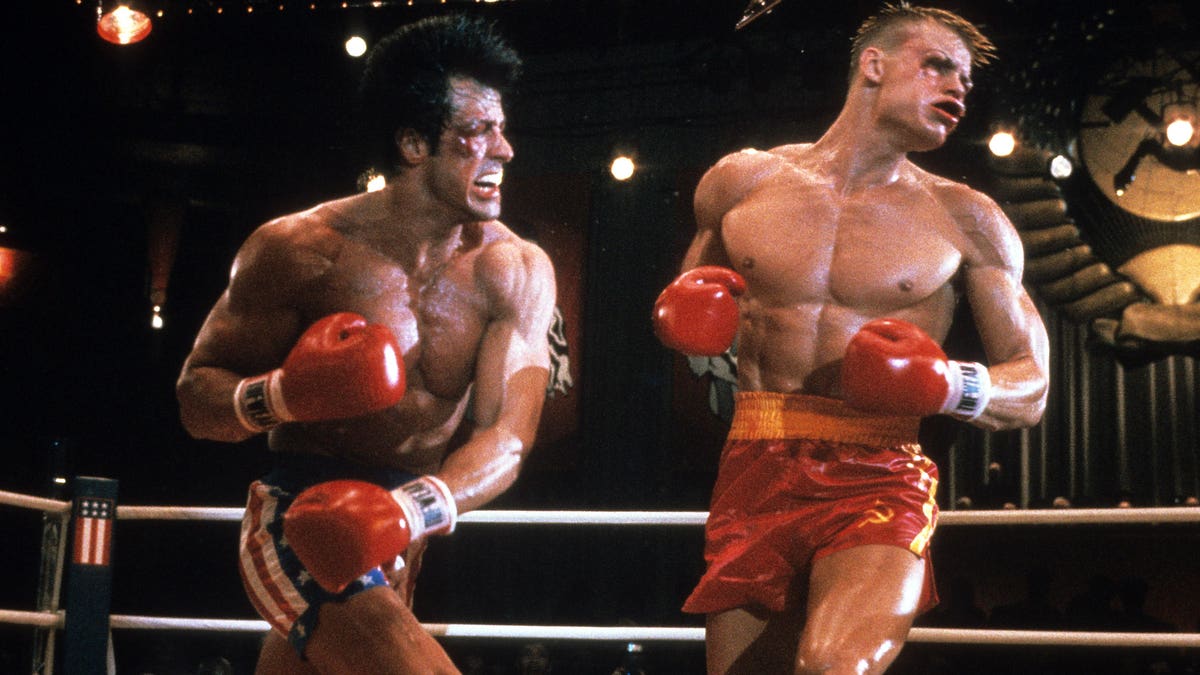 It is, by no means, a perfect movie, but its heart and perfect amount of cheesiness make it a favorite among the film series’ fans.

Drago Was a Hit

Ivan Drago was such an iconic villain and fan-favorite characer, that he returned in Creed II, which saw Apollo Creed’s son, Odonis (played by Michael B. Jordan) take on Drago’s son, Viktor.

This film marked the end of Stallone’s tenure as Rocky as the actor has publicly stated that he is retiring the role after decades of playing the character. We don’t know whether or not the Creed series will continue on without Stallone, as no official word has been given about the possibility of a third film. We certainly wouldn’t mind another round with Odonis.

For those who can’t wait to see this director’s cut, Stallone shared an awesome piece of artwork that details the climactic match to end the film on his Instagram.

For all your Rocky IV news and more, be sure to check back in here with GeekHash.